A Circumcision is an operation to remove the foreskin.

Why is a circumcision required?

There are a number of reasons for doing this operation.  These include:

How is a Circumcision performed?

For this technique local anaesthetic is injected around the penis.  The foreskin is opened to allow a Plastibel ring to be places.  This is secured with a suture on the outside of the foreskin.  Over the course of a week the foreskin falls off.

How is Formal Circumcision Surgery Performed?

Formal Circumcision Surgery is usually done as a day case procedure - meaning that you come in and go home on the same day.

Occasionally there may be a surgical or anaesthetic reason to recommend an overnight stay.  This will be discussed with you at the time of surgery

The operation is done with the patient asleep under a Full General Anaesthetic.

The surgery involves removing the foreskin.

At the end of the operation the skin is closed with stitches that you can see.  These stitches will dissolve, so there are NO stitches to be taken out.

We put ointment over the tip of the penis, mainly to stop it sticking to your son’s underwear or nappies.

How Long will the Surgery Take?

The circumcision surgery usually takes about 20 - 30 minutes if it is uncomplicated.

What Happens after the operation?

After the operation your son will wake up and be able to have something to eat and drink straight away.  Most children who have this operation go home the same day.  This may not be possible if your son is very young, has other medical problems or something unexpected happened during the operation.

It is not uncommon for children to feel a bit sick for the first 24 hours after an anaesthetic.  You should encourage your son to drink lots of fluid.  As long as he is drinking it does not matter if he is off his food for a day or two.

After the operation the tip of the penis (the Glans) will ‘crust’ over.  This is a normal part of healing following circumcision.  You should apply ointment such as vaseline over the tip of the penis.  This will stop it sticking to underwear / nappies.

Give your son regular pain relief for the first couple of days after the operation.  Giving pain killers regularly is much more effective that waiting for someone to complain of pain before giving them something.

If your son had Circumcision Surgery for Balanitis Xerotica Obliterans, you will be given steroid ointment to apply to the tip of the penis twice a day starting after 2 weeks from the surgery.  This is to treat the BXO, especially if it is affecting the glans of the penis.

Are there any risks to the surgery?

Following surgery you should call the ward or your family doctor (GP) if: 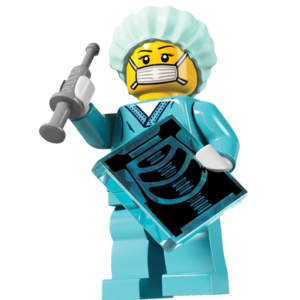 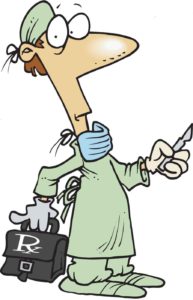 Read More about the non-retractile foreskin

Other Sources of Information